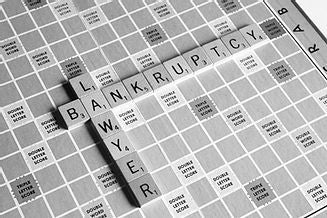 Bankruptcy is a legal proceeding involving a person or business that is unable to repay their outstanding debts. The bankruptcy process begins with a petition filed by the debtor, which is most common, or on behalf of creditors, which is less common. All of the debtor's assets are measured and evaluated, and the assets may be used to repay a portion of outstanding debt.

Bankruptcy offers an individual or business a chance to start fresh by forgiving debts that simply cannot be paid while giving creditors a chance to obtain some measure of repayment based on the individual's or business's assets available for liquidation. In theory, the ability to file for bankruptcy benefits the overall economy by allowing people and companies a second chance to gain access to credit and by providing creditors with a portion of debt repayment. Upon the successful completion of bankruptcy proceedings, the debtor is relieved of the debt obligations that were incurred prior to filing for bankruptcy.

All bankruptcy cases in the United States are handled through federal courts. Any decisions in federal bankruptcy cases are made by a bankruptcy judge, including whether a debtor is eligible to file and whether they should be discharged of their debts. Administration over bankruptcy cases is often handled by a trustee, an officer appointed by the United States Trustee Program of the Department of Justice, to represent the debtor's estate in the proceeding. There is usually very little direct contact between the debtor and the judge unless there is some objection made in the case by a creditor.

Thank you for contacting us. We will get back to you shortly.

Please complete all required fields below.

Motion For Extension Of Time

This Motion Requests An Additional Forty-Five (45) Days From The Court To Buy You And Your Family Time.
Click To Download A Free Copy